By ErsatzThistle,
December 14, 2019 in Anything Goes - Other topics not covered elsewhere

I tend to get that when Mrs Fairbairn is getting romantic and I've had a few pints these days.

It's one of those books where you find something new every time you read it. A remarkable feat of imagination.  Very sad that he has died. He never really made much money from his books either. 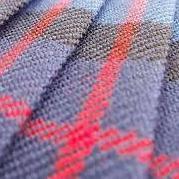