This Board Needs Tunes

By Heuch Moray,
August 30, 2014 in Anything Goes - Other topics not covered elsewhere 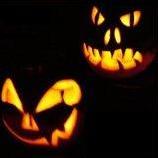 Just to help some people along 😆

The title of this song reminded me of this....